The last 6 months has seen quite a few changes within the Parnall Aircraft Company.

We have seen both Lawrence and Murphy fly the nest after passing their respective college courses. Lawrence has moved into historic racing vehicle restoration and maintenance at Prodrive, and Murphy has leapt into the world of helicopters at Castle Air. We wish them all their best for their future careers.

Besides from saying our farewells we have had new people joining the company too.  Jack Lewis, an experienced sheet metal worker,  joined us in February to learn about aircraft construction and all the ins and outs of spitfires. We have also had Natalie Eggleton join us as an intern to gain experience in everything aerospace. She is enjoying the process of learning on the job and gaining more knowledge each day.

In June, we hosted a G7 event to celebrate the St Ives Spitfire. This was a day which allowed the public to see the Spitfire in it’s most up to date state. Firstly, we had the task of moving the unfinished aircraft from its current home, the hangar, down into the gardens of Trelonk Estate. Once the fuselage of the aircraft was moved successfully, the team then assembled the wings and undercarriage legs. It was quite a sight to see the aircraft whole and standing on its wheels, if only for a short time before we had to dismantle it and return it back to its normal place of rest in the hanger.

We have also had to have a big push to progress both the wings to a point where they could be painted and removed from their jigs. The reason for the unusual process of removing them from the respective jigs before they are finished is because we have had to vacate the wing shed where they were being constructed, for other projects here at Trelonk to be commenced.

With this in mind, we had a concentrated effort to get to this point by early October, which we did.  With the help from a local paint company, the wings have been successfully painted. We then had the task of removing them from the jigs, dismantling the jigs and resurrecting it in the hanger alongside the fuselage. The other jig has been stored until it is needed for the other wing. Although this may sound a simple task it was of upmost importance that the jig was assembled so the wing could be in jig and located by its pickup points without twisting and stressing. If this was not done correctly it would only cause shaping issues and further dilemmas further down the line.

Not only has the wings moved into the hangar with the deconstruction of the wing shed, but so has the Parnall Panther. With a masterful game of Tetris we have rearranged the hanger to include the Panther which is now on display here.

With all the current relocations completed we can now settle down and concentrate on manufacturing the Starboard wing to a completed state. We have documented the manufacturing process along the way, if this is not done, we will lose all the details of the internal construction once the wings have been skinned.

We have also been hosting hanger tours over the past few weeks. Giving people the opportunity to visit us and for us to educate them on the construction methods used here at Parnall Aircraft Company, has been a very successful and fulfilling job. The guests have thoroughly enjoyed the experience and the opportunity for them to sit in the St Ives Spitfire and see how it feels to be onboard a spitfire, has been great to watch. We all enjoy the tours here at Parnall Aircraft Company, seeing a range of emotions on people’s faces, as we continue the construction journey of the St Ives Spitfire. 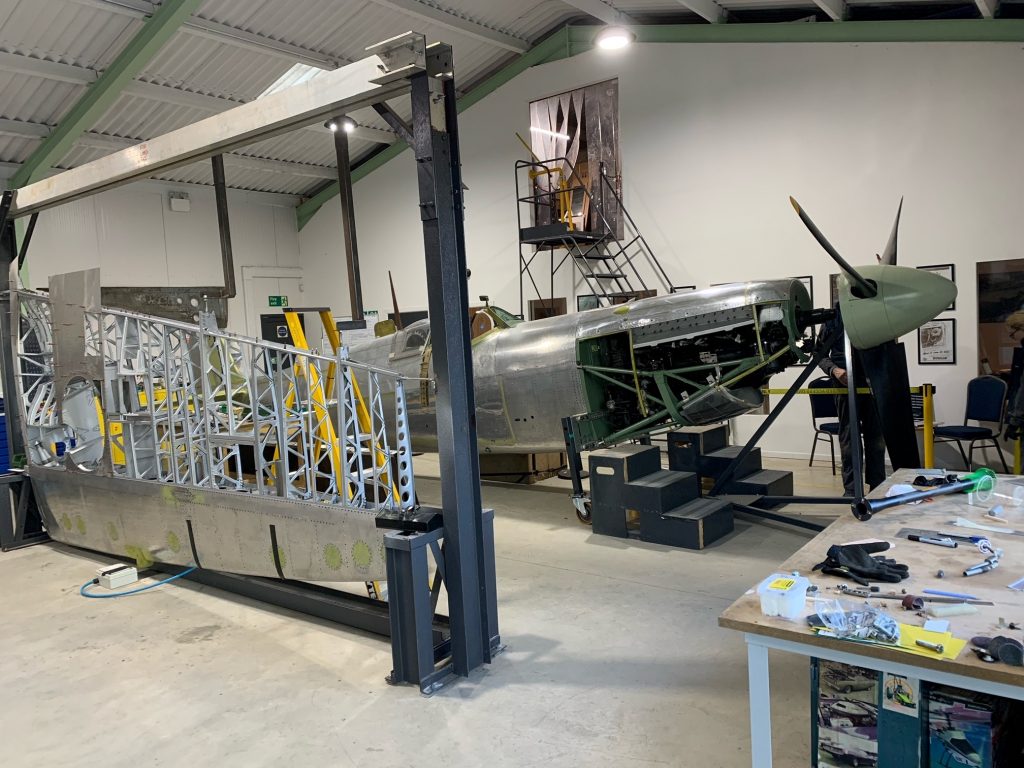 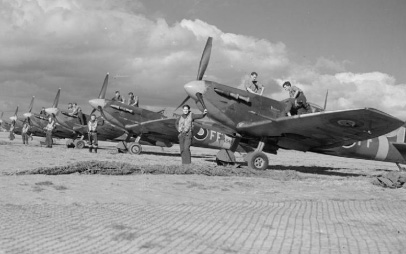